The name of Igor Tishin in the Belarusian culture is almost mythologized. The language and plastique of his art works are recognized instantly: it is extreme post-soviet expressionism and at the same time a drastic mixture of neo-punk and art-brut. In the recent art works entitled "Inverse movement”, the impulsive character of painting encounters an indifferent and passionless photo image. However, the tension emerges here not only due to the collision of diverse media. It is caused by the characters themselves - werewolves are our grotesques. This image appears on a vague and dangerous basis, somewhere between paganism and psychoanalysis. It is not even clear whether they are werewolves or masquers, as there is much mockery in Igor Tishin’s expressional art. Mystification and masquerade is a transformation, a conversion into something new, the “inverse movement".

Such an INVERSE MOVEMENT has nothing in common with demonology, but at the same time causes a great deal of various associations with it. There are another two opposite literary associations, namely “The dog's heart” by Bulgakov and the novel written by Sacher-Masocha “He-wolf and she-wolf". In the latter, the heroine demands her admirer to sew himself up into wolf’s skin, to lurk and howl like a wolf, and at last, to be fully hunted. It is already a ritual hunting, where the prey and the hunter have become accomplices so closely tied with each other.

Spaces in Igor Tishin's artworks are always unstable: they contain shifts, cracks and gaps. They are frequently created by the combination of various media, such as painting and photograph. Besides, they are organized in the way that causes “Alice's syndrome”, when objects become disproportionately large or small and the scale is playing with us. In the artworks made with one media (canvas/oil), a flexible scale in the combination of either nonfictional or cartoonish details makes an irritation effect. There is Tishin’s peculiar trait, namely an inspiriting pseudo-cosmic force. Even the manner of handling photograph causes a deceit: he almost implements our 3D- desire, which we got used to associating with video, but not with painting. Overcoming the inertia of a static surface, the image seems to move ahead to the audience, becomes distorted, shifts, mixes, and finally, is getting fixed in one place. 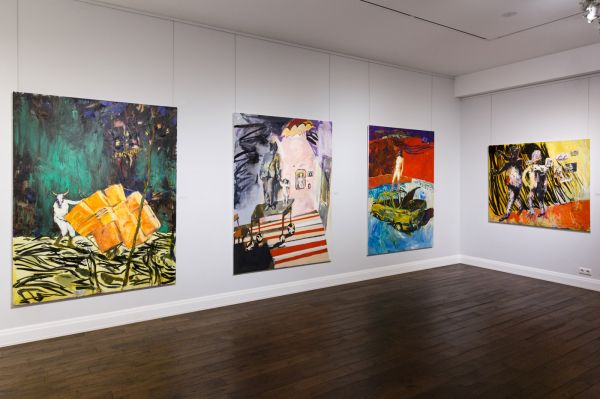 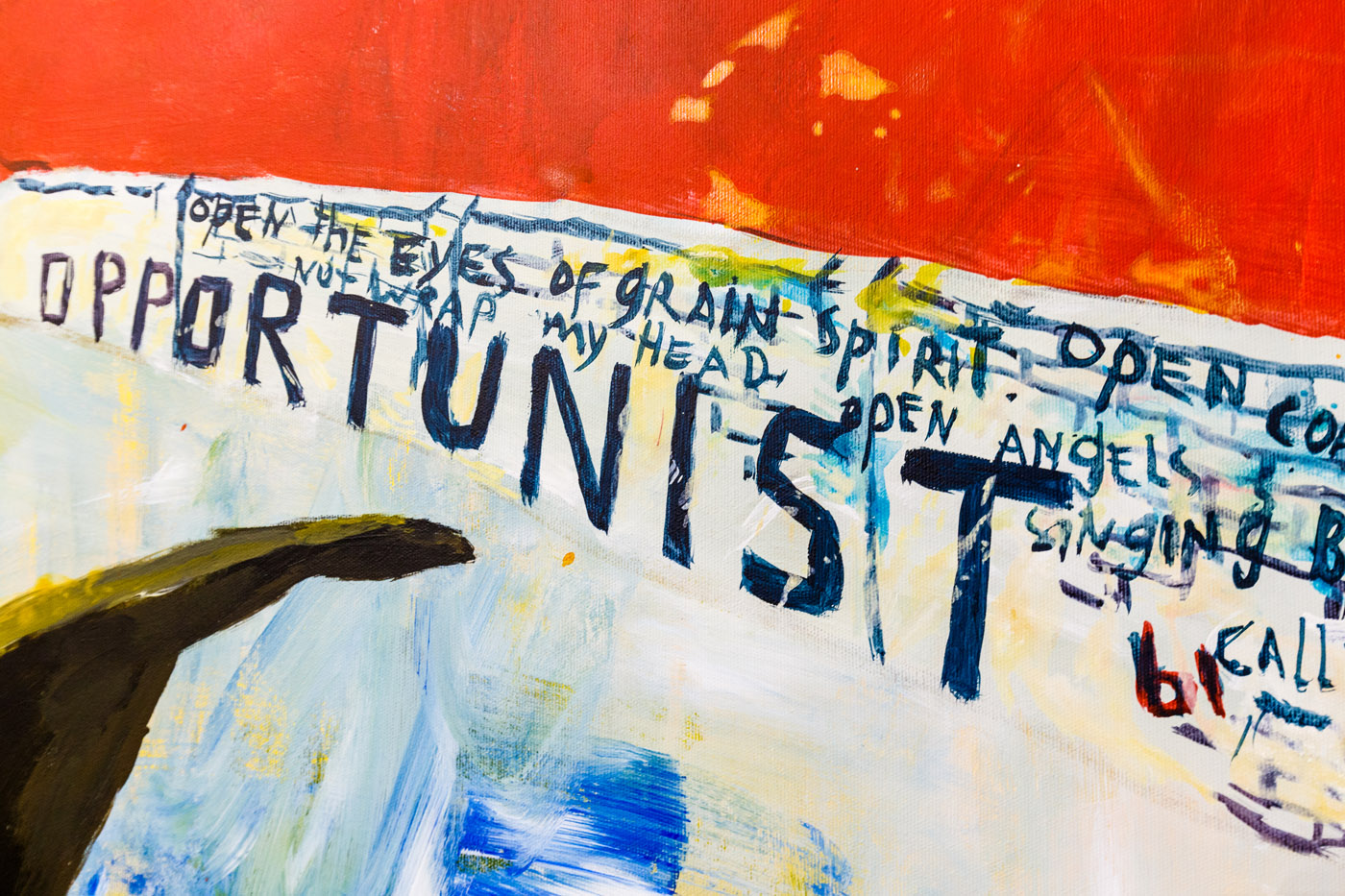 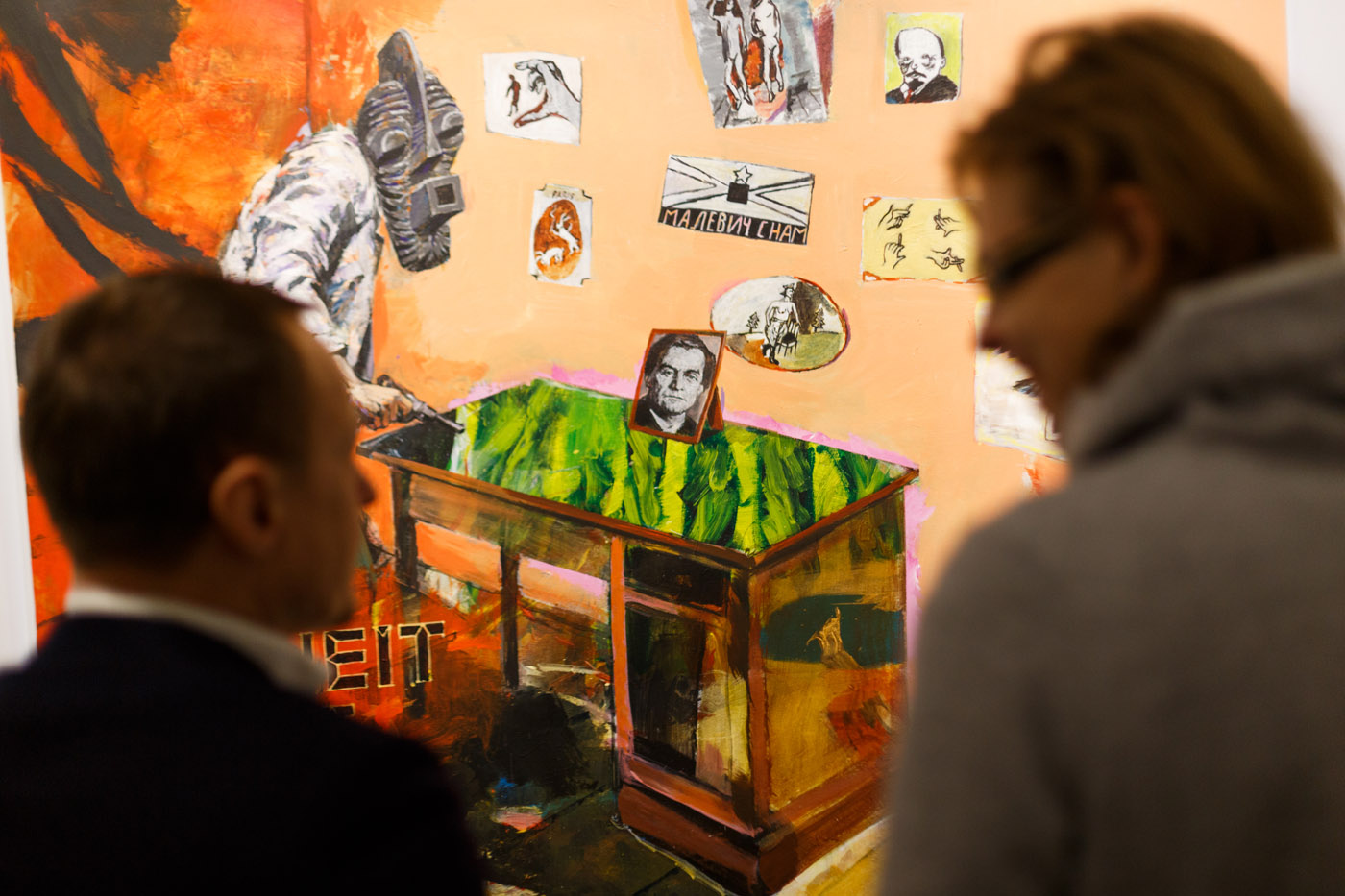